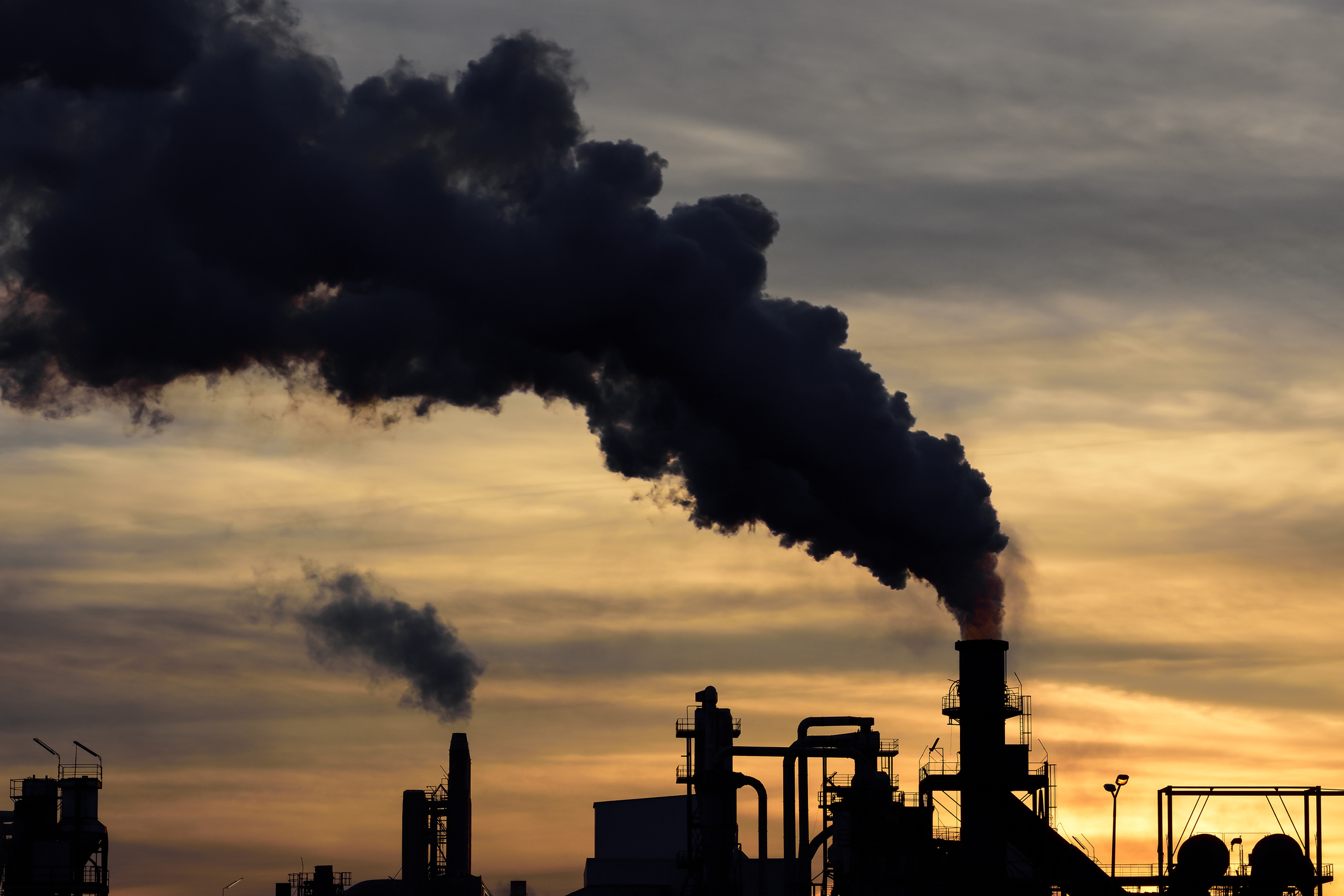 The Trump administration released a dire scientific report detailing the growing threats of climate change. The report stands in stark contrast to the administration’s efforts to downplay humans’ role in global warming, withdraw from an international climate accord and reverse Obama-era policies aimed at curbing U.S. greenhouse-gas output.

The White House did not seek to prevent the release of the government’s National Climate Assessment, which is mandated by law, despite the fact that its findings sharply contradict the administration’s policies. The report affirms that climate change is driven almost entirely by human action, warns of potential sea-level rise as high as eight feet by the year 2100, and enumerates climate-related damage across the United States that is already occurring as a result of 1.8 degrees Fahrenheit of global warming since 1900.

“It is extremely likely that human influence has been the dominant cause of the observed warming since the mid-20th century,” the document reports. “For the warming over the last century, there is no convincing alternative explanation supported by the extent of the observational evidence.”

The report’s release underscores the extent to which the machinery of the federal scientific establishment, operating in multiple agencies across the government, continues to grind on even as top administration officials have minimized or disparaged its findings. Federal scientists have continued to author papers and issue reports on climate change, for example, even as political appointees have altered the wording of news releases or blocked civil servants from speaking about their conclusions in public forums. The climate assessment process is dictated by a 1990 law that Democratic and Republican administrations have followed.

Environmental Protection Agency Administrator Scott Pruitt, Energy Secretary Rick Perry and President Trump have all questioned the extent of humans’ contribution to climate change. One of the EPA’s Web pages posted scientific conclusions similar to those in the new report until earlier this year, when Pruitt’s deputies ordered it removed.

The report comes as President Trump and members of his Cabinet are working to promote U.S. fossil-fuel production and repeal several federal rules aimed at curbing the nation’s carbon output, including ones limiting greenhouse-gas emissions from existing power plants, oil and gas operations on federal land and carbon emissions from cars and trucks. President Trump has also announced he will exit the Paris climate agreement, under which the United States has pledged to cut its overall greenhouse-gas emissions between 26 percent and 28 percent compared with 2005 levels by 2025.

The report could have considerable legal and policy significance, providing new and stronger support for the EPA’s greenhouse-gas “endangerment finding” under the Clean Air Act, which lays the foundation for regulations on emissions.

The government is required to produce the national assessment every four years. This time, the report is split into two documents, one that lays out the fundamental science of climate change and the other that shows how the United States is being affected on a regional basis. Combined, the two documents total over 2,000 pages.

The first document, called the Climate Science Special Report, is now a finalized report, having been peer-reviewed by the National Academy of Sciences and vetted by experts across government agencies.

“I think this report is basically the most comprehensive climate science report in the world right now,” said Robert Kopp, a climate scientist at Rutgers who is an expert on sea-level rise and served as one of the report’s lead authors.

It affirms that the United States is already experiencing more extreme heat and rainfall events and more large wildfires in the West, that more than 25 coastal U.S. cities are already experiencing more flooding, and that seas could rise by between 1 and 4 feet by the year 2100, and perhaps even more than that if Antarctica proves to be unstable, as is feared. The report says that a rise of over eight feet is “physically possible” with high levels of greenhouse-gas emissions but that there’s no way right now to predict how likely it is to happen.

When it comes to rapidly escalating levels of greenhouse gases in the atmosphere, the report states, “there is no climate analog for this century at any time in at least the last 50 million years.”

Most striking, perhaps, the report warns of the unpredictable — changes that scientists cannot foresee that could involve tipping points or fast changes in the climate system. These could switch the climate into “new states that are very different from those experienced in the recent past.”

Given these strong statements — and how they contradict Trump administration statements and policies — some members of the scientific community had speculated that the administration might refuse to publish the report or might alter its conclusions. During the last Republican presidential administration, that of George W. Bush, the national assessment process was highly controversial, and a senior official at the White House Council on Environmental Quality edited aspects of some government science reports.

Yet multiple experts, as well as some administration officials and federal scientists, said that President Trump's political appointees did not change the special report’s scientific conclusions. While some edits have been made to its final version — for instance, omitting or softening some references to the Paris climate agreement — those were focused on policy.

A senior administration official, who asked for anonymity because the process is still underway, said in an interview that top Trump officials decided to put out the assessment without changing the findings of its contributors even if some appointees may have different views.

A federal scientist involved in writing the report who asked not to be identified, because he was not authorized to speak to the press, said that political appointees made no effort to change the scientific findings after being briefed on them.

Glynis Lough, who is deputy director of the food and environment program at the Union of Concerned Scientists and had served as chief of staff for the National Climate Assessment at the U.S. Global Change Research Program until mid-2016, said in an interview that the changes made by government officials to the latest report “are consistent with the types of changes that were made in the previous administration for the 2014 National Climate Assessment, to avoid policy prescriptiveness.”

Perhaps no agency under President Trump has tried to downplay and undermine climate science more than the EPA. Most recently, political appointees at the EPA instructed two agency scientists and one contractor not to speak as planned at a scientific conference in Rhode Island. The conference marked the culmination of a three-year report on the status of Narragansett Bay, New England’s largest estuary, in which climate change featured prominently.

The EPA also has altered parts of its website containing detailed climate data and scientific information. As part of that overhaul, in April the agency took down pages that had existed for years and contained a wealth of information on the scientific causes of global warming, its consequences and ways for communities to mitigate or adapt. The agency said that it was simply making changes to better reflect the new administration’s priorities and that any pages taken down would be archived.

Pruitt has repeatedly advocated for the creation of a government-wide “red team/blue team” exercise, in which a group of outside critics would challenge the validity of mainstream scientific conclusions around climate change.

Other departments have also removed climate-change documents online: The Interior Department’s Bureau of Land Management, for example, no longer provides access to documents assessing the danger that future warming poses to deserts in the Southwest.

And when U.S. Geological Survey scientists working with international researchers published an article in the journal Nature evaluating how climate change and human population growth would affect where rain-fed agriculture could thrive, the USGS published a news release that omitted the words “climate change” altogether.

The Agriculture Department’s climate hubs, however, remain freely available online. And researchers at the U.S. Forest Service have continued to publish papers this year on how climate change is affecting wildfires, wetlands and aquatic habitat across the country.

While the Trump administration has not altered the new climate science report substantially, it is already coming under fire from some of the administration’s allies.

The day before it was published, Steven Koonin, a New York University physicist who has met with Pruitt and advocated for the “red team/blue team” exercise, preemptively criticized the document in the Wall Street Journal, calling it “deceptive.”

Koonin argued that the report “ominously notes that while global sea level rose an average 0.05 inch a year during most of the 20th century, it has risen at about twice that rate since 1993. But it fails to mention that the rate fluctuated by comparable amounts several times during the 20th century.”

But one of the report’s authors suggested Koonin is creating a straw man. “The report does not state that the rate since 1993 is the fastest than during any comparable period since 1900 (though in my informal assessment it likely is), which is the non-statement Steve seems to be objecting to,” Kopp countered by email.

Still, the line of criticism could be amplified by conservatives in the coming days.

Meanwhile, the administration also released, in draft form, the longer Volume 2 of the National Climate Assessment, which looks at regional impacts across the United States. This document is not final but is now available for public comment and will now begin a peer review process, with final publication expected in late 2018.

Already, however, it is possible to discern some of what it will conclude. For instance, a peer-reviewed EPA technical document released to inform the assessment finds that the monetary costs of climate change in the United States could be dramatic.

That document, dubbed the Climate Change Impacts and Risk Analysis, finds that in a high-end warming scenario, high temperatures could lead to the loss per year of “almost 1.9 billion labor hours across the national workforce” by 2090. That would mean $160 billion annually in lost income to workers.

With high levels of warming, coastal property damage in 2090 could total $120 billion annually, and deaths from temperature extremes could reach 9,300 per year, or in monetized terms, $140 billion annually in damage. Additional tens of billions annually could occur in the form of damage to roads, rail lines and electrical infrastructure, the report finds.

This could all be lessened considerably, the report notes, if warming is held to lower levels.