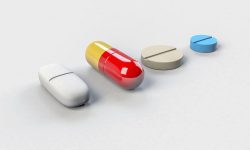 The bill would establish a new fee on items being mailed to the United States from overseas through the Inbound Express Mail service[1], beginning in 2020 to cover the cost of additional customs processing. The fee for most items would be $1, subject to annual adjustments.

The bill would direct the USPS, CBP, and other federal agencies as appropriate, to collaborate to develop technology to detect opioids and other drugs that enter the United States through the mail.

U.S. Customs and Border Protection (CBP) is the primary federal agency tasked with targeting and inspecting inbound international items and seizing illegal goods, including illegal or inadmissible drugs and merchandise. As mail and express cargo arrive in the United States, both the U.S. Postal Service (USPS) and express consignment operators (such as FedEx and DHL) provide items to CBP for inspection. Advance electronic data (AED) enables CBP to target high-risk shipments for inspection and seizure. However, unlike express consignment operators, USPS is not currently required to provide CBP with AED, such as the shipper's and recipient's name and address, for inbound international mail and does not have control over mail prior to its arrival in the United States. Thus, USPS relies on foreign postal operators to collect and provide AED voluntarily or by mutual agreement.

In 2014 and 2015, USPS and CBP initiated two pilot programs at the New York International Service Center (ISC) to target certain mail for inspection using some of the AED obtained under data-sharing agreements with foreign postal operators. Under the pilots, CBP uses AED to target a small number of pieces of mail each day.  USPS and CBP have continued to expand the pilot programs to other ISCs, but the majority of mail bound for the United States still arrives with no AED.  According to GAO, the agencies have not conducted an analysis to determine if the pilot programs are achieving desired outcomes.

According to the bill sponsor, “Unfortunately, critical gaps in the international mail system are being exploited by drug traffickers–allowing dangerous synthetic drugs like fentanyl to be shipped across our borders. [This bill], which unanimously passed the House Ways and Means Committee today, closes these loopholes by requiring the U.S. Postal Service to obtain advance electronic data on inbound shipments and transmit that data to Customs and Border Patrol (CBP), allowing CBP to target for opioid shipments. This legislation is a step in the right direction to fight back against these potent synthetic opioids that are ravaging our nation.”

The Congressional Budget Office (CBO) estimates that the net effect on federal spending  for enacting H.R. 5788, as amended, in each year would be insignificant. CBO estimates that the bill would generate $100 million in new fees that would be collected over the 2020-2028 period and expects it would cost about the same to deploy drug detection systems at international mail facilities.

This bill would require the U.S. Postal Service to obtain and transmit advanced electronic information to the U.S. Customs service on certain inbound mail it receives from foreign postal services.  The bill pays for the additional screening through the creation of a new customs fee on inbound express mail.  These measures are being taken to help stop the importation of opioids and other illicit drugs into the United States.

Although H.R. 5788 passed out of Committee unanimously, House Republicans are self-executing an amendment that allows the Commissioner of Customs to impose financial penalties on the USPS if the USPS accepts certain international mail shipments without advance electronic data after December 31, 2020.